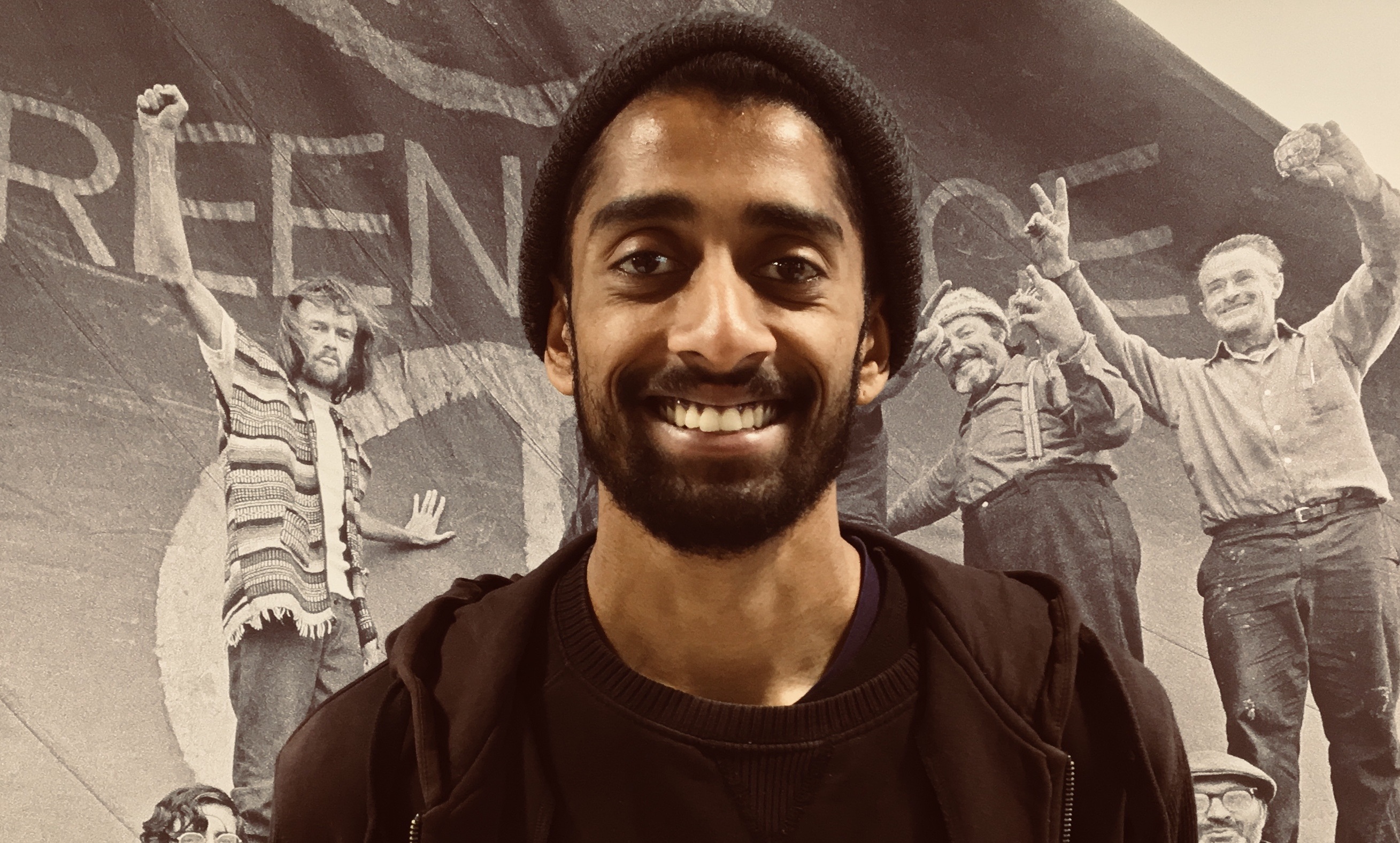 When I started out I quickly learned that fundraising is a really unique job; you’ve got to be open, you’ve got to be personable and happy and smiley, but you’ve also got to be really passionate about what you’re doing.

The training you get as a Greenpeace fundraiser is incredible. You get kept up to date with absolutely everything Greenpeace are doing, which means you feel really confident and supported when you are out there talking to the public. I learned so much during my time as a fundraiser, and this definitely helped me succeed when I decided I wanted to progress.

One of the things that makes Greenpeace special is we don’t take any funding from governments or businesses. Our work is 100% funded by individuals, which means as a fundraiser you play a really important role in the organisation, inspiring people and empowering them to want to be a part of a movement. Since I joined Greenpeace, we’ve stopped giant banks like Santander and HSBC from funding deforestation, and secured commitments to phase out plastic packaging from Supermarkets like Tesco and Iceland.

There’s a lot of variety in the fundraising we do at Greenpeace – most of the time our teams work on street sites, or door to door, but there are also opportunities to go to over 100 festivals every year, including big music festivals like Glastonbury and Latitude as well as yoga and wellbeing festivals, vegan markets and pride events. I think the best thing about being a Greenpeace fundraiser is working with like-minded people. There’s a real sense of community, everyone on the team is super committed and really supportive of each other.

If you’re still wondering whether fundraising is for you I’d say come and give it a go; it could be the best decision you’ve ever made.

"If you’re still wondering whether fundraising is for you I’d say come and give it a go; it could be the best decision you’ve ever made."